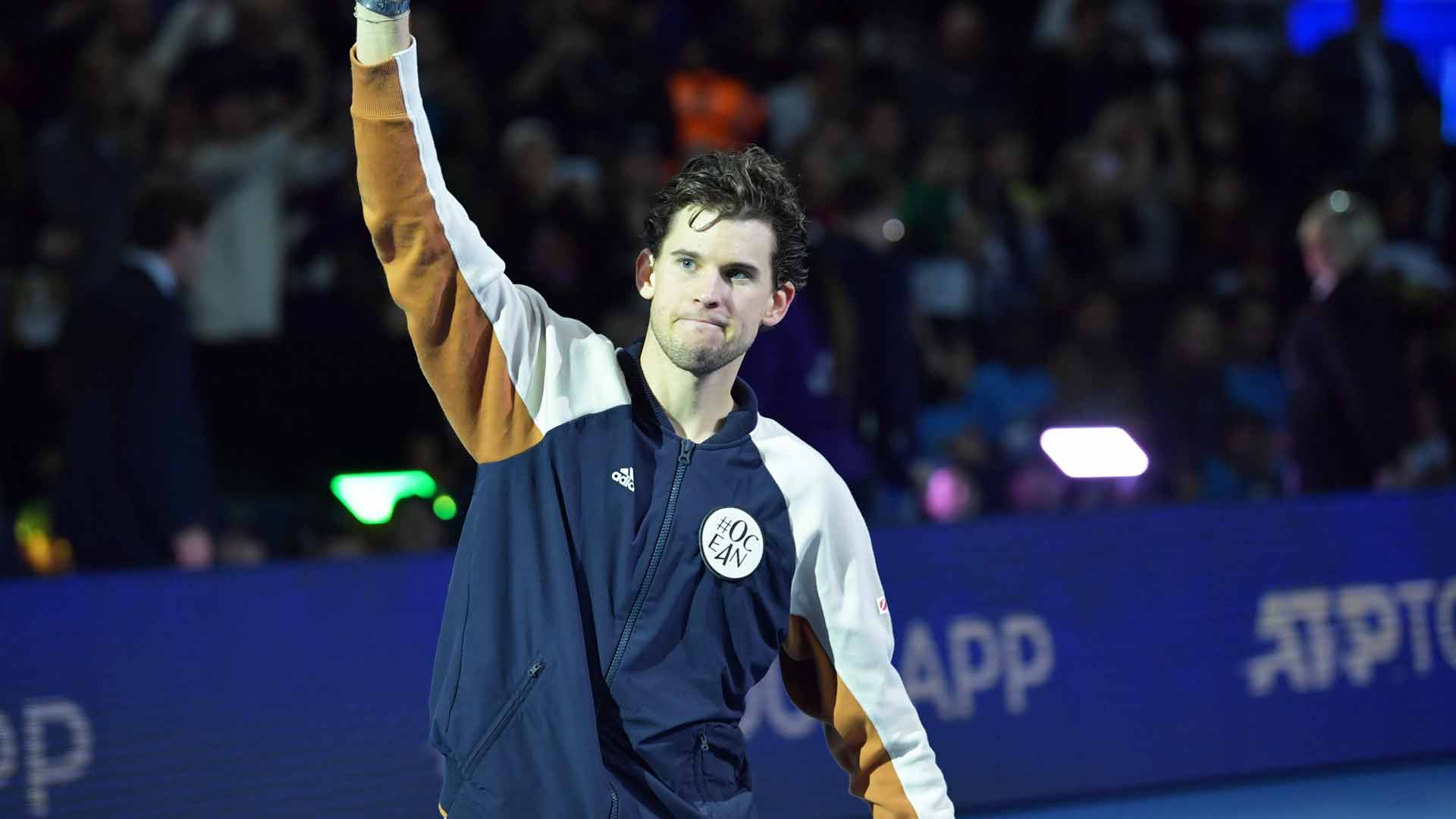 For Dominic Thiem, the title clash at this year’s Nitto ATP Finals could be a preview of what’s in store for next season.

The Austrian narrowly fell to Tsitsipas in a third-set tie-break, with the Greek completing his transformation from Thiem’s London hitting partner three years ago to his conqueror on Sunday. Both men delivered a gripping match in what has quickly emerged as one of the most compelling rivalries on the ATP Tour.

Thiem now leads their FedEx ATP Head2Head series 4-3, with all of their meetings taking place in the past two seasons. Neither player has asserted dominance in the rivalry, giving him confidence that he'll turn the tables in the near future.

“He played great today. He played great throughout the whole tournament. He's the champion and he deserves it 100 per cent,” Thiem said. “I also think that he's great for tennis because he has a very attractive game style, one-handed backhand, comes in a lot. Very beautiful technique, as well. It's great that he's up on the top and he's going to fight for the big titles in the future.

“I'm also very sure of the fact that I can challenge him in every single match we're going to play. I really hope that we're going to have a lot of big matches coming [between] the two of us.”

Thiem isn’t ruling out one of those big matches taking place in a Grand Slam final. With Thiem defeating Djokovic on Tuesday and Tsitsipas eliminating Federer in Saturday’s semi-finals, they both proved once again that they can upset the Big Three when they’re playing at their best. Having faced off in last month’s Beijing final and then raised the stakes with a title match at The O2, a championship clash in a Grand Slam would be the next logical step in their rivalry.

But it’s not just Thiem and Tsitsipas who have emerged as threats to the Big Three. With half of the Top 8 comprised of players ages 26 and under, the Austrian believes it’s only a matter of time before a new Grand Slam champion emerges.

“I think that for sure we can do it next year,” Thiem said. “We are all playing great tennis. Sascha, Stefanos, me, some other guys. I'm pretty sure that we're going to see a new and young Grand Slam champion next year.”

Thiem has always excelled on clay, but his success on faster surfaces this year showed that he’ll be a threat anywhere he plays. He’s won 16 of his past 20 hard-court matches, including titles in Beijing (d. Tsitsipas) and on home soil in Vienna (d. Schwartzman). Although he scored his first ATP Masters 1000 title this March on the hard courts of Indian Wells (d. Federer), the Austrian felt his recent run of form is even more telling of his progress.

”Since the US Open, I’m super happy [with] how my game developed. Indian Wells, honestly, it’s a very slow hard court. It suits my game because it’s almost like a clay court,” Thiem said. “But here or in Vienna, Beijing, Shanghai, where I played really great tennis, they were surfaces where I was struggling big time in the past.

”Especially playing here in the final of [London] is an amazing result for me. Even though it's a big and tough loss today, I still have in my head that I developed my game very good since a few months [ago].”

His current form isn’t the only thing that has helped him gain confidence. Thiem admitted struggling with illness at the start of the week and doubted if he could play at his best. But after producing four big wins at The O2, he said that discovering his ability to play through pain will remain with him for the rest of his career.

“I woke up on Tuesday morning feeling like crap and thinking about the worst stuff because I was feeling really sick. And then on Tuesday [night], I played this legendary match against Novak Djokovic and I got way better again with my body,” Thiem said. “That's a big thing I'm taking away. Even in very tough situations, I can still play great tennis. It’s an amazing result for me, indoors, one of the fastest hard courts all year. I'm taking away a lot.”

NittoATPFinals.com uses cookies to help give you the best possible user experience. By continuing to browse this site you give consent for cookies to be used. To find out more about cookies and how to manage them, click here »